Maui on My Mind 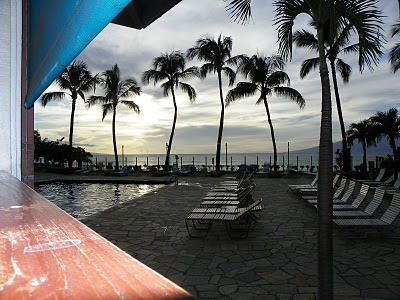 Lately, I seem to be daydreaming about our vacation to Maui. Lots. Perhaps, it is because it is so cold and dreary this time of year. Or maybe, I just need a vacation. This was the view from our hotel dining area. Oh how I want to return.

Been contemplating lots of things in my life. Since I took the second job at the library, I have not much time to do anything it seems. I do enjoy my job. Pretty fast paced and time goes by fast. I am not sure what happened, but last week I just became exhausted. I can't seem to get over it. Problem is, I have gotten used to the extra money. Well, actually, I need the extra money. So, what's a girl to do?
Posted by Mad Red Hare at 6:20 AM 2 comments: 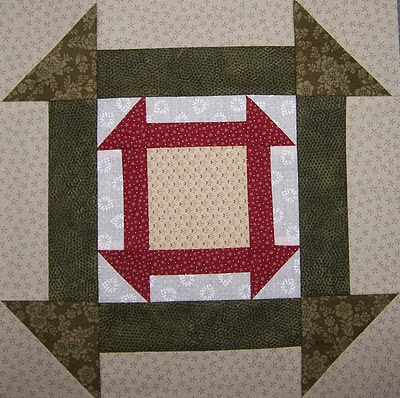 Sorry girl, I am running a little behind. This month's block is called Monkey Wrench and starts on page 38 of the Underground Railroad Sampler Book. My finished block is pictured. So here's the story for this month!

The Monkey Wrench Quilt was the first quilt that was used as a signal for slaves who planned to escape. Back in the day, the monkey wrench was a heavy metal tool used by the blacksmith. This particular quilt was the symbol that it was time to collect the tools they would need on their journey north to freedom.

There were also physical tools needed as well. Tools for constructing shelter, tools for defending themselves and tools for determining directions. Along with some food and a few coins, they were to wrap these tools in a bandana bundle. They would need mental tools as well. They would need to be alert and shrewd. They would also need the ability to figure out the motives of complete strangers.

The blacksmith, and one of the most knowledgeable people on the plantation, was known as the "Monkey Wrench". He had strong and skillful hands and could communicate to the slaves by the rhythmic hitting of the hammer on the anvil. The "monkey wrench" might be loaned out to neighboring plantations, so he knew the lay of the land. This person was also very familiar with the daily operations of the plantation and would not awaken suspicion.

Monkey Wrench was a person or group of people who turned the wagon wheel.
Posted by Mad Red Hare at 3:15 PM 1 comment:

the bookstore that is. It is a sad day for our local greyhound adoption group. For the past 7 (or more) years, we have held monthly Meet & Greets at the Borders in Evansville, Indiana. As a matter of fact, that is where I was first introduced to these lovely creatures. Today it was announced that our store is one of the stores to close. We will have our last greet there on Sunday. It is indeed sad. I guess I will go and say my farewells...
Posted by Mad Red Hare at 5:25 PM 1 comment:

As part of my 2011 Bucket List, I am determined to get projects finished. My sister and I purchased this kit for our mom a couple of years ago. Good thing it had several years of stickers in it!!! It is one of those calendars that you flip the month then flip the days as well, so it can be used for a really long time. It had the calendar years up until 2012 (thank goodness she can use it for a couple of years anyway). 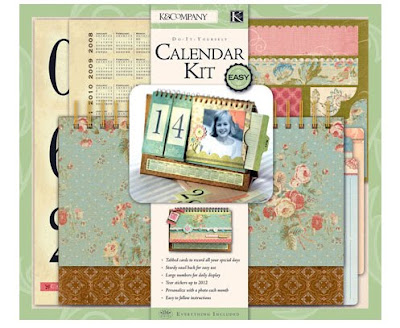 I had started it, then put it away. Then I found it buried in the back of my craft closet. Then I couldn't find the pictures. My procrastinating friends can probably relate to that. I hate it when I do that! So, I go to the computer and look at the Walgreens web site, and the pictures are still in my photo cart! Yikes, no wonder I couldn't find them, I never had them printed. Finished it up yesterday afternoon and got in the car and took it to mom. Another project finished. Sad part, it wasn't even on my list of stuff to finish. I had totally forgotten about it!
Posted by Mad Red Hare at 6:28 AM 2 comments: