The grandson, Geoffrey, is getting so big!  He turned 2 on October 17th and his momma turned 31 on the same day.  This collage are pictures from his three Christmases.  The far right picture is his first Christmas, bottom left is his second Christmas, and the upper left is Christmas 2013.

This is a very rare moment when Geoff is actually being still.  He is one busy little boy.  Everyone tells me that is typical for boys.  Having only had girls before, this is all new to me! 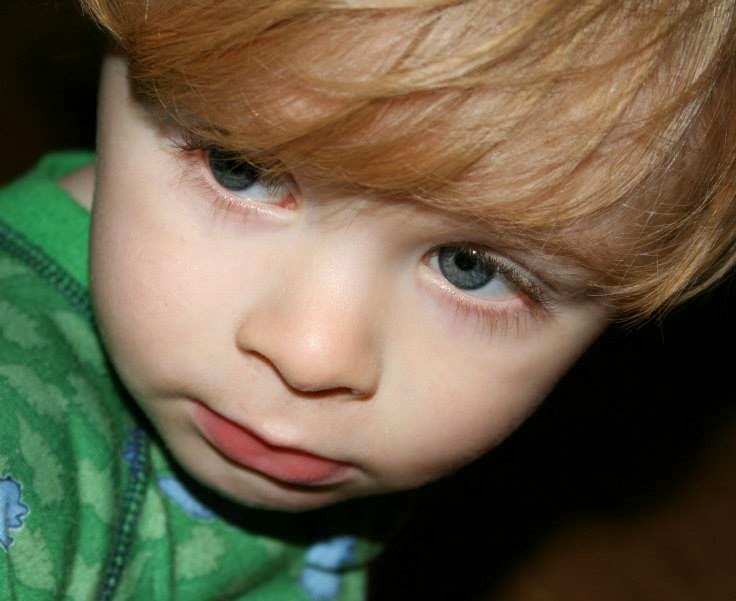 The kid has great hair!  He also has eyelashes that most women would kill for!  I think he is a pretty cute guy though, I guess we will keep him!
Posted by Mad Red Hare at 7:58 PM 2 comments:

I love using my slow cooker, it is so nice to come home from work to a meal that is ready to serve.  I am trying to do better about meal planning this year.  Today is my husband's birthday and he loves stuffed peppers, so I found a couple of recipes for inspiration and this is what I came up with. 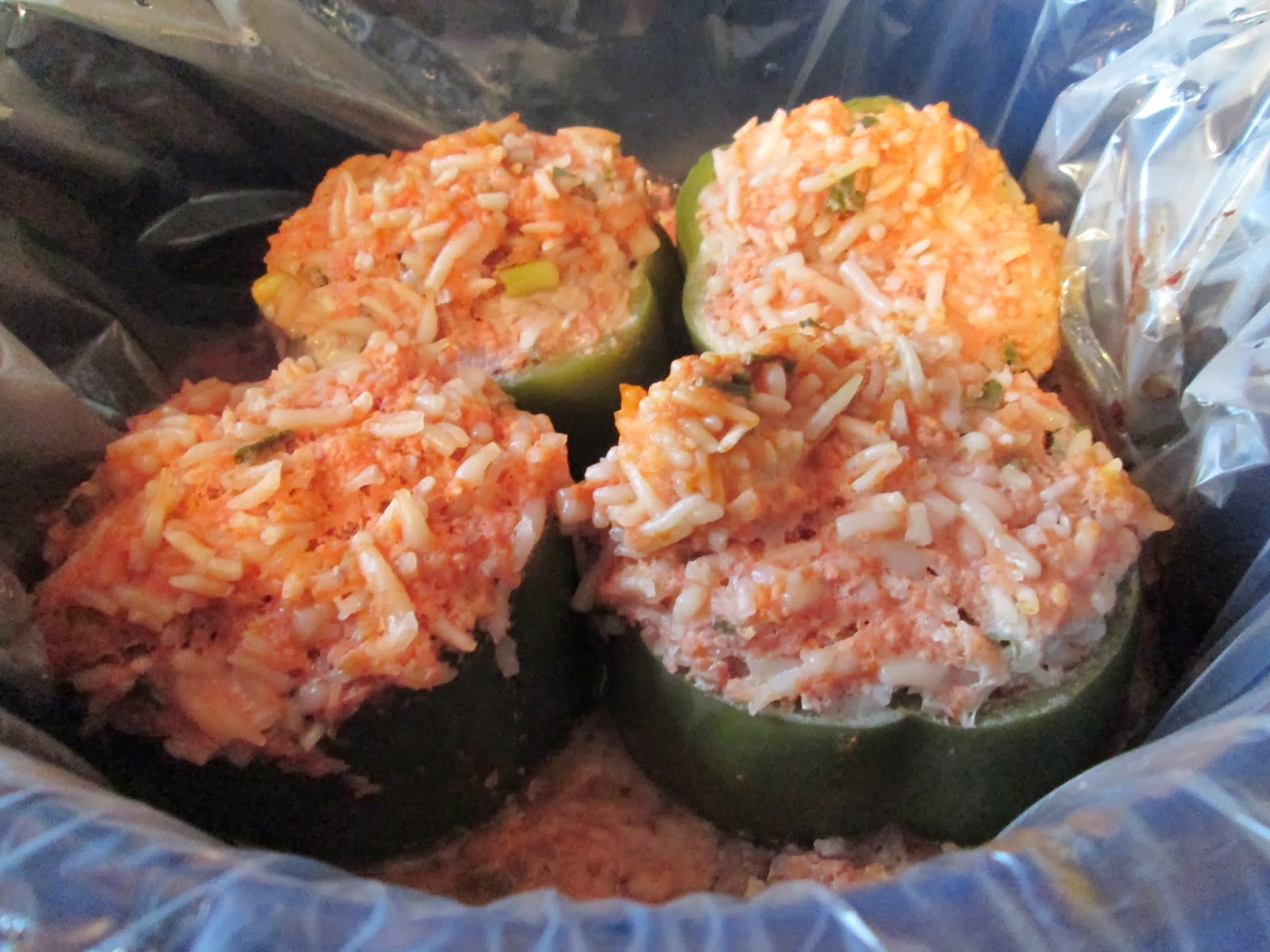 Cut tops of peppers and clean out the inside. In a large bowl mix the ground turkey, onion, egg, Spanish rice, tomato sauce and water. Mixture may be a bit runny, but it will be fine. Fill peppers with the meat mixture. If you have extra of the mixture you can spoon it on top of the peppers.

Place a liner in your crockpot, this makes clean up a breeze! Then dump the can of diced tomatoes on the bottom and place stuffed peppers on top. Cook on low around 6-8 hrs. 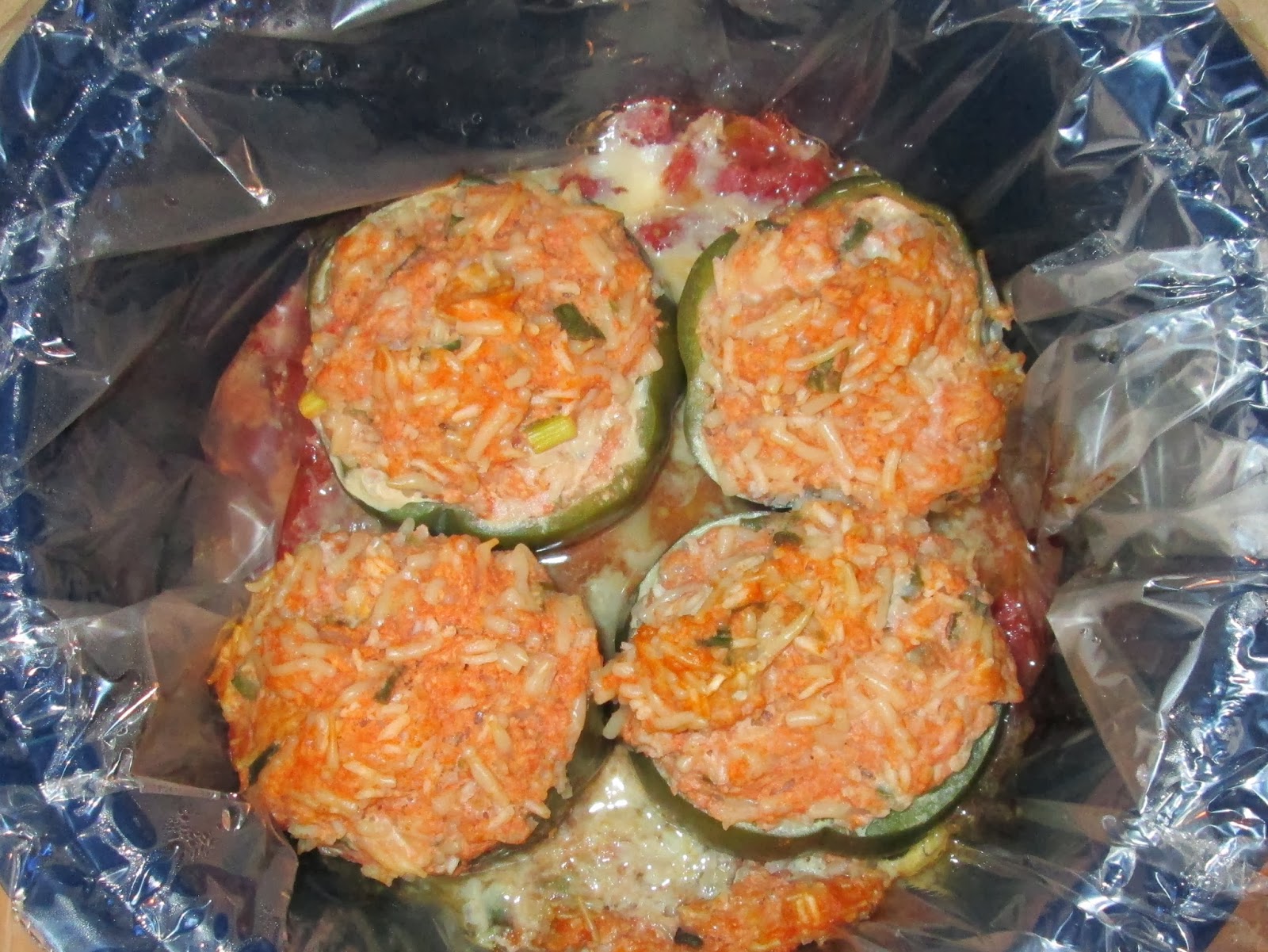 Just for fun and I have nothing better to do on this freezing day in January, I did an internet search for “green peppers male and female”. Somewhere, sometime I remembered reading that in bell peppers, there are males and females. I have no idea if this is true or not, but here are a few things I found on my quest.